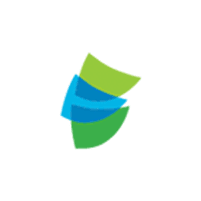 Sometimes a herniated disc sounds a lot more painful than it is, but in other cases, a slipped or ruptured disc between your vertebrae can cause excruciating pain or unsettling numbness. At CarePoint Neurosurgery and Spine, the team diagnoses and treats herniated discs and helps you avoid surgery whenever possible. The practice has nine locations in Lone Tree, Englewood, Castle Rock, Denver, Wheat Ridge, Colorado Springs, Parker, Yuma, and Lamar, Colorado. If you have symptoms of a herniated disc, don’t hesitate to call your nearest office to book an appointment today.

What is a herniated disc?

Between each of your spinal vertebrae lays a soft, cushion-like disc. These discs allow you to move your spine comfortably and be relatively flexible without injuring the bones in your back.

A herniated disc occurs when one of these discs cracks or ruptures and the gel-like fluid inside leaks out.

Discs can rupture anywhere in your neck or back, but they’re most common in your lower back, where there is a lot of pressure on your bones and tissues. You may also experience a bulging disc, where the disc is intact but has moved out of its normal position.

Herniated discs can be the result of a single instance or injury, but they’re usually caused by your discs’ degeneration as you age. They become weaker and more prone to damage, often slipping out of place or bursting when you move.

It’s also possible that herniated discs have a genetic factor as they often appear in several members of one family.

Herniated discs often touch or press against nearby nerves, causing sensations along your back or in other areas of your body. Common sensations associated with slipped discs are:

In some cases, herniated discs don’t cause any symptoms at all. Some patients don’t know they have one for years.

What are my treatment options for a herniated disc?

When you come to CarePoint Neurosurgery and Spine with a herniated disc, the team assesses the severity of your symptoms and the location of your herniated disc to choose the best lifestyle changes or treatments for you. They may recommend:

CarePoint Neurosurgery and Spine only recommends surgery, like a lumbar discectomy or spinal fusion, in severe cases of a herniated disc and if all other treatments haven’t brought relief of symptoms.

You shouldn’t ignore persistent numbness, tingling, or pain. To find out if your symptoms are from a herniated disc and explore treatments, call CarePoint Neurosurgery and Spine to make an appointment.