Request an Appointment   Leave a Review

Matthew Mian, MD, is a neurosurgeon at CarePoint Neurosurgery and Spine in Englewood, Colorado. Dr. Mian prioritizes clear and honest discussions with his patients about their surgical options, goals, and expectations.
His practice spans general neurosurgery, including brain tumors and degenerative spinal disorders, and functional neurosurgery, including surgery for epilepsy, chronic pain conditions such as trigeminal neuralgia, and movement disorders such as Parkinson's disease and essential tremor. Read More Dr. Matthew Mian has recently been featured in the following:

Dr. Mian specializes in a minimally invasive alternative to open surgery for some neurologic disorders. Radiosurgery does not require an incision or an opening in the skull. Gamma Knife is a safe and popular commercial platform for administering radiosurgery to the brain and upper spinal cord.

There are countless techniques for fusing the spine. In the lumbar spine, for example, options include ALIF, OLIF, TLIF, and PSF, among others. The choice of technique and the implants used will depend on the nature of your symptoms, the anatomy of your spine and its neighboring organs and blood vessels, and the level(s) of your spine affected.

Cervical arthroplasty (cervical disc replacement) is a procedure in which a diseased disc between two vertebrae in the neck is removed and replaced with an artificial disc implant. The implant is intended to allow motion between the two vertebrae, unlike in a spinal fusion. The discs between our vertebrae function like joints, so you can think of a cervical arthroplasty as being akin to a hip or knee replacement, except for a joint in the neck.

Matthew Mian, MD, is a neurosurgeon located in Englewood, CO 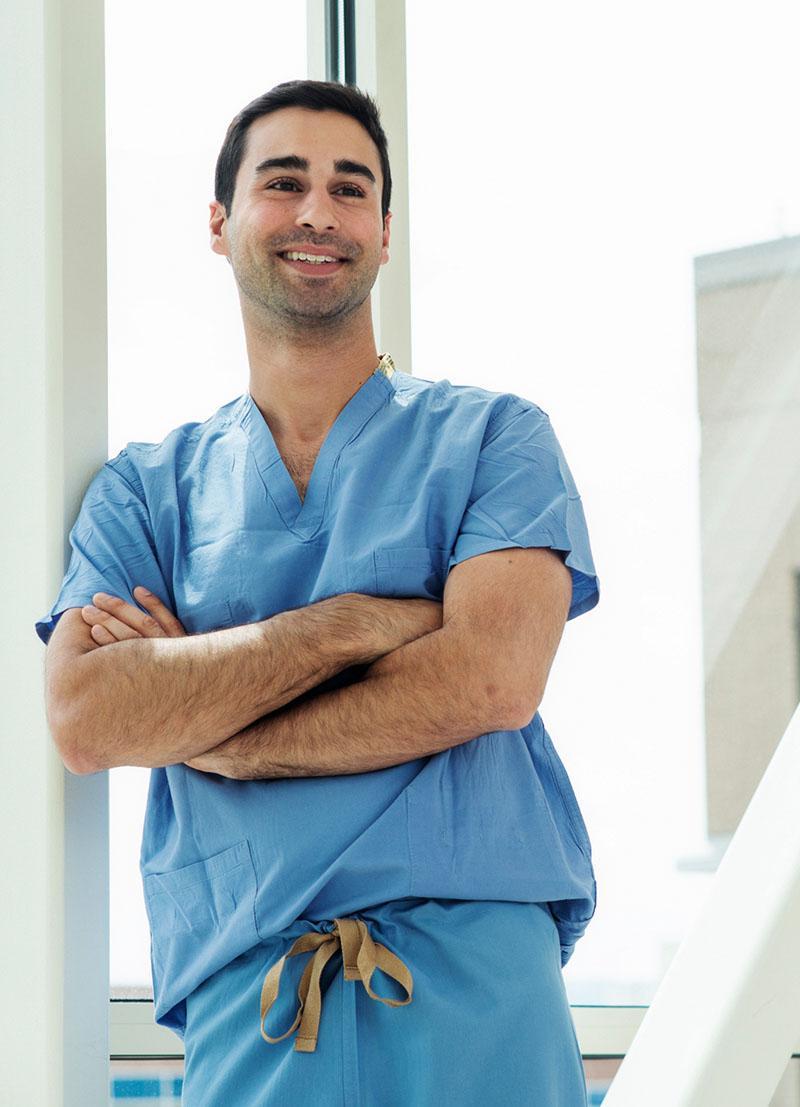 Dr. Mian was raised in Michigan and North Carolina. He recently migrated out to Denver seeking the sunshine and outdoor offerings of the Rocky Mountains. In his free time, Dr. Mian enjoys scuba diving, bicycle touring, photography, and hiking. He is currently the Director of Functional Neurosurgery and Epilepsy Surgery at Swedish Medical Center in Colorado.